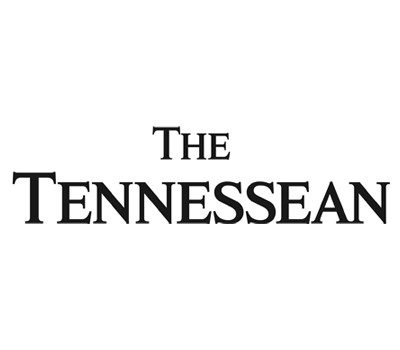 Coauthored with Tennessee state Rep. Jeremy Faison (R-Cosby). This op-ed was originally published at The Tennessean on July 14, 2017.

Tennessee — like much of America — has a long history of being “tough on crime.” The state’s lawmakers tend to be proud of locking up the bad guys and throwing away the key.

But there is not much rationale for continuing to do something that doesn’t work. And doubling down on failure is even less justifiable when it comes at a staggering cost to the taxpayers.

Even while crime in the United States has neared all-time lows, Tennessee is a troubling outlier, with a violent crime rate that is nearly twice the national average. A 2010 study showed that 46 percent of people released from Tennessee prisons are reincarcerated within three years — which means the corrections system is failing to “correct” nearly half of the time. What’s more, keeping them there comes at the staggering cost of $2,200 per month for a single prison bed.

It’s time for the Tennessee General Assembly to start looking at what being tough on crime actually does for us. It is time for state leaders to trade tough on crime rhetoric for a smart approach to justice.

It may seem counterintuitive, but as imprisonment decreases, so do crime rates. In fact, 31 states have cut both crime and incarceration.

We’ve been conditioned to believe that if government isn’t tough on crime, then criminals will take over and pandemonium will ensue. The truth is that a smart, responsible approach to crime can do much more to keep everyone safe, make the system fairer, and save taxpayer money. Ten years’ worth of data shows that just one of Tennessee’s residential treatment facilities saves Tennessee taxpayers approximately $32,000 each year for every person who completes in-facility treatment rather than going to prison.

In reality, you would be hard pressed to find someone who dreamed of living with a lifetime of identification as a “felon” and confronting the barriers and pitfalls that follow an ex-offender at every step. At the end of the day, it’s little wonder that the rate of recidivism is so high. People simply can’t find any other way to survive, and we haven’t given them the tools or the chance to do so.

Fortunately, there’s plenty of opportunity to interrupt this cycle. During the 2017 legislative session, Rep. Faison and Sen. Steve Dickerson sponsored legislation to roll back a law that required the revocation of an individual’s driver’s license if they were unable to pay court costs and fees within one year.

Now, an indigent individual can ask the court to alter or waive the fees as needed, allowing them to keep their license, drive to work, attend church, take care of their families, and hopefully, succeed in becoming productive members of society.

Simple changes like this can give Tennessee’s most vulnerable a second chance at success. This in turn ripples out and creates a positive impact for the safety of the public as a whole.

We have become consumed with protecting people from themselves, but the proper role of government is to protect the American people from an entity that is greater, bigger, and stronger. And in Tennessee, that entity is the system of incarceration and correctional control. It’s our responsibility to add checks and balances and do what we can to downsize it.

The evidence shows that our state is crying out for a change. Tennessee is faced with a choice – and we shouldn’t double down on stupid.

Jeremy Faison is a Republican representative from District 11 in the Tennessee General Assembly, representing Cocke and parts of Jefferson and Greene counties. Jason Pye is vice president of legislative affairs for FreedomWorks.