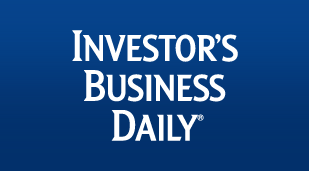 This op-ed was originally published at Investor’s Business Daily on January 31, 2017.

Boeing is trying block out some of its competition, and it’s trying to get help from the federal government.

The Chicago-based aircraft manufacturer recently launched trade complaints with the Department of Commerce and U.S. International Trade Commission against one of its Canadian competitors, Bombardier, and wants tariffs slapped on it. The “justification” they are using against the company is that Bombardier gets subsidies from the Canadian government that give it an unfair advantage in the U.S. market.

The tone-deaf hypocrisy of this argument is hilarious, as Boeing gets a bunch of subsidies from the federal government and state and local governments.

According to the annual reports put out by the Export-Import Bank, Boeing has benefited from the federal government. Between 1997 and 2013, it was confirmed that roughly 65.4% of the loan guarantees made by Ex-Im benefited Boeing in some way or another.

Meanwhile, another report said Boeing received 38% of the Ex-Im Bank’s financial assistance in 2011, far more than any other company received. That’s why some have given the Ex-Im Bank the nickname “Boeing’s bank.”

Boeing has also received subsidies and incentives from the states as well. In 2016, the World Trade Organization (WTO) ruled that the state of Washington had given them $5.7 billion in illegal tax breaks. What’s more, Boeing has received about $13 billion in subsidies from state and local governments.

The problem Boeing has is less about “unfair competition” and far more to do with their own cronyism. The company has been receiving subsidies and benefits from the government for decades. As a result, their case against Bombardier falls flat since they clearly seem to not have a problem with corporate handouts except for when it goes to their competition.

The fact that it does get a bunch of financial support is not all that surprising when you look at its political donations. In total, Boeing gave out nearly $3.9 million in campaign donations and spent more than $17 million on lobbying efforts in 2016. Even less surprisingly, 66 out of Boeing’s 101 lobbyists had previously held jobs with the government. This raises concerns about conflict of interest and favoritism.

There is even more evidence that Boeing is using its donations for political favors. As was reported by Politico, when the Ex-Im Bank was up for reauthorization, it threatened to cut off its support for any politician who voted against it. The company is not shy about flexing its political muscle nor is it afraid to purchase favors on the campaign trail from politicians.

No one loses out from Boeing’s shenanigans worse than the American consumer. At the moment, Boeing is also complaining to the federal government about the price at which Bombardier just sold its CSeries planes, which can seat up to 110 passengers, to Delta.

More importantly, Boeing has not made a plane with similar specs in about a decade. Boeing is trying to take all options other than Boeing-supplied airlines away from consumers.

What’s more, Bombardier is able to get its aircraft to market for roughly $19 million, which is cheaper than the $33 million that Boeing claims its planes should cost. Lower prices in planes means lower charges for customers and more capital to hire employees. Yet Boeing would instead complain about lower prices and try to raise them to protect its industry. From an economic perspective, this seems like the wrong approach to have.

Trade and competition greatly benefit consumers. They can help drive down costs and force businesses to make improvements to beat their competition. The increased options allow for more variety and give consumers the chance of a better bargain.

However, what Boeing wants would protect their business at the cost of the consumer. Prices would be higher and Boeing will remain uncompetitive. It would not even protect jobs since Boeing has been making layoffs recently and has in the past already threatened to leave the U.S. Overall, the biggest loser in this deal is the American consumer.

Bottom line: What Boeing is doing has little to do with fairness and is solely for its own benefit. It is trying to cut out superior competition, which would be catastrophic for the consumers. It would stifle airplane innovation and competition, which would lead to higher prices and decrease airline quality. As a result, it would be best if Boeing’s complaint were ignored and Bombardier were allowed to sell to Delta.

Pye is the director public policy and legislative affairs for FreedomWorks.