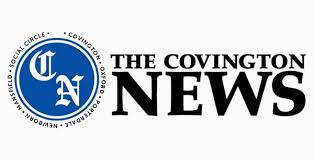 This letter to the editor was originally published at The Covington News on October 1, 2017.

We have very different life experiences and political views, but we both agree that Covington’s Confederate monument creates unnecessary divisiveness and should be relocated elsewhere.

Erected in 1906 by the United Daughters of the Confederacy, the monument refers the purported “holiness” of the “cause” of the Confederacy. These words are offensive in a community that is nearly 46 percent African-American.

Some will say that slavery wasn’t the cause of the secession of Southern states and the Civil War. Georgia’s Ordinance of Secession isn’t ambiguous on this question.

States that had forbidden slavery, the ordinance states, “endeavored to weaken our security, to disturb our domestic peace and tranquility, and persistently refused to comply with their express constitutional obligations to us in reference to that property.”

The “property” to which the ordinance refers was slaves. According to the University of Virginia, more than 41,000 households in Georgia – 37 percent of households in the state – owned people as “property.” In March 1861, Alexander Stephens, a Georgian and vice president of the Confederacy, said the “foundations” and “cornerstone” of the Confederacy “rests, upon the great truth that the negro is not equal to the white man; that slavery, subordination to the superior race, is his natural and moral condition.”

Some try to justify honoring the Confederacy because we honor other historical figures, such as our nation’s founding fathers, who owned slaves and committed other ethical wrongs. These men’s achievements far outweighed their failings and gave us the founding documents that are the lifeblood of our nation. Leading a war or fighting in defense of slavery and secession cannot be deemed virtuous.

Although too many in our community see this statue as a symbol of a valiant effort put forth by the Confederacy for a cause they still feel strongly about, they also need to see the statue for what it was truly erected for, a representation of what the confederacy actually stood and stands for: treason, white supremacy, fear, rape, and the disenfranchisement of people of color.

Newton County is diverse, and any statue in the square should reflect inclusivity for the entire community. A statue that only stands to divide races should not be in the middle of the square in the seat of our county.

Citizens, no matter their race or background, have the right to honor whomever they want. That is the beauty of the freedom we all enjoy. But our government, which represents people of many different races and backgrounds in our community, should not be complicit in this action any longer.

We believe that it would be best to relocate the statue to the Covington Confederate Cemetery or another location. Those who want to honor the Confederacy can still do so, but the monument would be in a more appropriate place and out of the sight of people in our community who rightly believe that it harkens back to a time when nearly 4 million souls were treated as objects to be bought and sold.