Alternative Press has gotten under my skin a little. On Tuesday, they tweeted out a link to an article about Avril Lavigne, a now-30-year-old Canadian pop star who hasn’t been a “thing” in a while. She’s known for several singles, including “Complicated” and, ugh, “Sk8er Boi,” and being the wife of the frontman of Nickelback, another craptastic Canadian act. Though it generally does a good job of covering lesser known bands, Alternative Press referred to Lavigne as an “emo princess.”

WHY ARE YOU THE WORST, ALTERNATIVE PRESS?!

I guess I’m being a purist here, but the term “emo” is overused and an inaccurate way to describe this particular genre of music. After all, any piece of music performed from the heart can be considered “emotional.”

Nevertheless, the term is not only used to describe music with sophomoric or sappy lyrics, punkish-sounding guitars, and aggressive drumming but an entire subculture. The first wave of so-called “emo” bands had their roots in the 1980s punk and hardcore scenes in Washington, DC. Future Fugazi bandmates — Ian McKaye, formerly of Minor Threat, Guy Picciotto, and Brendan Canty — played in bands, Embrace and Rites of Spring, respectively, that were among the forefathers of the genre.

During a set with Embrace in 1986, McKaye, who is known for his preachy rants during breaks between songs, lampooned the label. “I must say one thing. I must say emocore must be the stupidest fucking thing I’ve ever heard in my entire life. But just in case you are wondering, I read in my Thrasher the other day that, in fact, what my band along with other bands in this city are playing is emocore,” McKaye said. “I’m thinking Emo Phillips, the comedian, emocore? Emotional hardcore? As if hardcore wasn’t emotional to begin with.”

Though most musicians prefer not to be categorized, the terms that more accurately describe the music often described as “emo” are “post-hardcore” or “post-punk.” In 1999, Guitar World ran a piece on the genre, entitled, “Emo (The Genre That Dare Not Speak Its Name).” I recall reading the issue in which this piece appeared right after my senior year in high school, just before “emo” entered the mainstream in the early 2000s. At the time, I was already listening to or familiar with some second wave bands that were lumped into the genre, including The Get Up Kids, Hot Water Music, Jimmy Eat World, and Sunny Day Real Estate. (Eric Grubbs, a Dallas-based journalist, wrote a great book, POST: A Look at the Influence of Post-Hardcore, 1985-2007, about the history of these bands and the post-hardcore scene, and I recommend it to anyone interested in the genre.)

“Emo is often defined sonically by dramatic use of loud/soft dynamics, complicated (for punk rock) arrangements, and an intense, breathy singing style. At their best, the lyrics tend toward extremely personal poetry; at their worst, they’re like scrawlings from a sophomore journal,” Jim DeRogatis observed in his piece in Guitar World. “The bands and the audience are resolutely unfashionable, except in a sort of anti-fashion Revenge of the Nerds sense.”

Second-wave “emo” bands, he noted, weren’t too fond of the term used to describe the genre. “I’m sure Capitol [Records] would love it if we came out and called ourselves an emo band and then they could totally trumpet that,” Jim Adkins of Jimmy Eat World told DeRogatis. “But I’d like to be a career musician, so I don’t want to do that.” Adkins’ band released Clarity on Capitol in February 1999. Initially a commercial flop, the album, which featured “Lucky Denver Mint” and “For Me This Is Heaven,” has been viewed more recently as a classic in the genre and heavily influential on bands that claim their roots in the scene.

Similarly, The Get Up Kids, whose albums Four Minute Mile and Something to Write Home About heavily influenced many bands, including Fall Out Boy, shared the sentiment. Pete Wentz, who plays bass in the Chicago-based punk-turned-whatever band once said, “There should be a ‘How To Be a Pop-Punk Kid’ starter kit with bands like Get Up Kids, so kids would know whose shoulders bands like us are standing on.”

At least one member of the band, guitarist Jim Suptic, was apologetic about The Get Up Kids’ legacy. “The punk scene we came out of and the punk scene now are completely different. It’s like glam rock now,” Suptic remarked to Drowned in Sound. “If this is the world we helped create, then I apologize.”

After touring extensively on Something to Write Home About, including stints with Green Day and Weezer, The Get Up Kids tried to shed the “emo” label with which they’d been labeled. Their 2002 offering, On a Wire, was a dramatic departure from the sound that had boosted their popularity. The album, which featured the tracks “Overdue” and “Stay Gone,” had a more mature sound.

“It was a necessary ending because we were so sick of it. We were like, ‘This has become formulaic for us.’ If we did another record that sounded just like that one, it would be totally dishonest and fake, and we’d only be doing it for potential commercial reasons or whatever,” singer and guitarist Matt Pryor recalled in 2009. “So it was like, this is the stuff that we like, this is the stuff that, you know, we’re growing up and we’re listening to, and we hope that the fans would follow us. And some of them did and some of them didn’t.”

In a separate interview with Alternative Press, Pryor was more blunt about his band’s intentions with On a Wire. “We really didn’t give two shits if anyone liked the record or not,” he said, “we were really confident that we were going to kill this ’emo’ stigma that we had and take the people with open minds with us and leave everyone else in the dust.”

The brass in the music industry, of course, saw an opportunity to make money off the emerging scene. In his book, Nothing Feels Good: Punk Rock, Teenagers, and Emo, Andy Greenwald quoted one industry insider, Dreamworks’ Luke Wood, who explained the logic behind major labels’ interest in these up and coming bands.

“The industry really does look at emo as the new raprock, or the new grunge,” Wood said. “I don’t think that anyone is listening to the music that’s being made—they’re thinking of how they’re going to take advantage of the sound’s popularity at retail.”

Of course, there’s nothing wrong with riding a genre’s popularity to make a quick buck. It happened to ska in the mid- to late-1990s, when bands like The Mighty Mighty Bosstones and Reel Big Fish were getting airplay. Other genres, such as nu-metal and rap rock, experienced similar ascents and declines. (The dynamics of the music industry, however, have since changed, with labels being less important than they once were. God bless the Internet!)

Labels realized the marketing potential as bands like Dashboard Confessional, fronted by Further Seems Forever alum Chris Carrabba, and Taking Back Sunday gained notoriety. Paramore, one of the bands often labeled as “emo,” after a nasty and public split with two members, Josh and Zac Farro, was revealed to be “a manufactured product” of Atlantic Records.

Again, this is common in the music industry, but it’s deceptive, nonetheless, because Paramore was initially signed to a small, formerly Florida-based label, Fueled by Ramen, “to build [the] band up the grass-roots route.” Atlantic has a partnership with Fueled by Ramen.

“Emo” isn’t what it once was, which makes this rant irrelevant in 2015, a realization I had when I sat down to write it. Most bands that once comprised the scene broke up long ago, though some, such as Jimmy Eat World, have managed lasting commercial success. Others, like The Get Up Kids and Braid, tour in between other projects and day jobs.

At 34 years old, this is my “get off my lawn” moment, I guess. The music I listen to — be it punk rock, hardcore, or “emo” — has been there during the good times and the bad. Some of my best moments of relaxation, aside from carving out a few minutes to play video games or read, are sitting back to listen to my favorite albums by many of the bands mentioned above and others, or play along to them on one of my guitars.

It’s annoying to see some of these bands, most of whom who never enjoyed significant or even moderate commercial success, be lumped in with a trendy term in music that was commercialized and, then, subsequently almost disappeared from the mainstream as everyone in the industry flocked the “next big thing.” It’s not that I have a problem with people making money, I believe in free markets — though one could argue that record labels engage in collusion that is tantamount to protectionism — but music has always meant a lot more to me. I’m not saying there ought to be a law or regulation, or anything of the sort; I’m just being a grouchy purist. 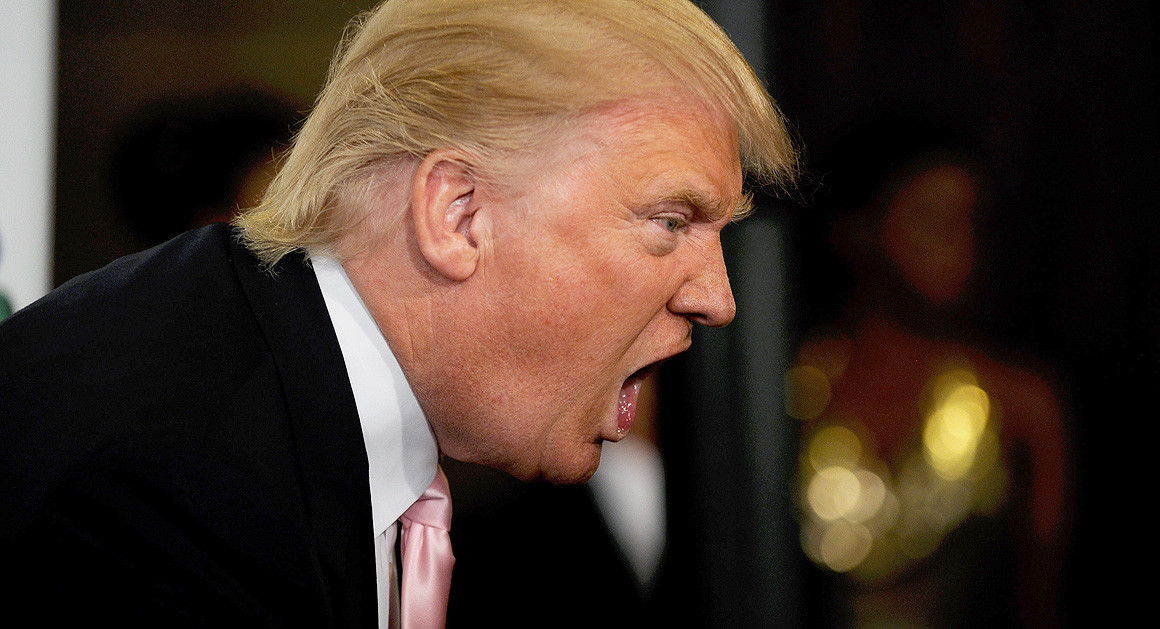 3 Comments on “Please, for the love of everything, don’t call it “emo””